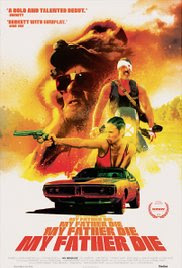 Deaf and mute since having his hearing knocked out at the age of 12, Asher has been training for almost two decades to avenge himself on Ivan, the man that killed his older brother, 21 years ago. And now that his nemesis is out of prison, he gets his chance. But Asher’s target also happens to be his father.

How to Train Your Dragon The Hidden
222 views views